Peniche and the sea are inextricably linked. Situated on a peninsula with one of the largest traditional fishing ports in Portugal and a large Atlantic center for maritime-tourist activities, the city of Peniche is known for its nature tourism and for being embraced by several beaches with options for bathers, surfers, among others.

The marina is one of the attractions of the place, but if you leave Mercearia d'Alegria, and until you get there, don't forget to pass at the points of interest such as the Igreja dos Remédios and its viewpoint towards Berlengas; Cabo Carvoeiro with one of the westernmost lighthouses in the country; some of the most well-known caves, which you find on the way to the beaches of Carreiro dos Joannes and Porto da Areia Sul, to pass in the most picturesque neighborhood of the city - Alto da Vela - and visit the Fort of Peniche. If you continue to Peniche de Cima beach, don't forget to take a walk by the sea to Baleal.

If you are energized, take one of our bikes or ask at the reception to help you rent equipment for any water sport you like.

Berlengas Island
To visit this small archipelago, made up of three groups of islets, you must go by boat from the marina of Peniche. Berlenga Grande and Cerro da Velha, Estelas and Farilhões are rocky islands that are part of one of the most beautiful nature reserves in our country. 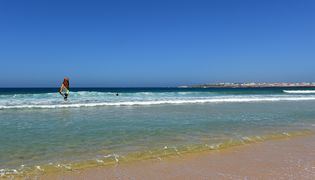 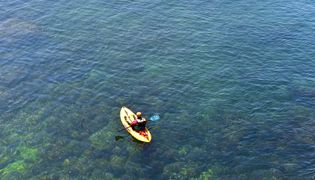 Sport
Peniche is fundamentally known and appreciated for the conditions it offers for the practice of diving, surfing, bodyboarding, kitesurfing, SUP and fishing. 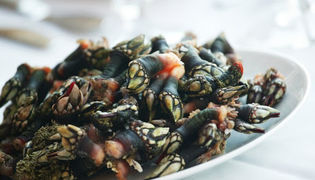 Gastronomy
Start with bread and a fish soup, head for a stew, grilled fish or octopus from the coast (if this is not the time for the famous roasted sardines).
Get directions

This site uses cookies to improve your browsing experience and provide you the best service possible. Continuing browsing the site you consent to their use.